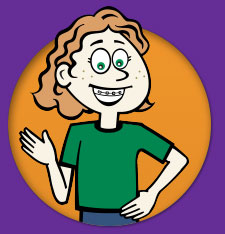 How Can You Help?

Bullying doesn’t affect just those who are bullied and those who bully, it has a huge impact on those who see the behavior!

The group of kids who witness bullying is really important. This group may not be getting bullied, they may not be bullying, but their reaction can make a big difference.

Think about it: Have you ever seen a group watching a fight? There are some who look, then walk away; there are others who watch and say nothing; and there are those who cheer it on.

How this group responds can really impact a situation.

Learn what you can do so that you have a positive influence!

Witnesses – What Can They Do?

If you see someone being bullied, speak up!

It’s okay to tell an adult when you see bullying.

In fact, it’s a really smart thing to do!

How to Tell an Adult