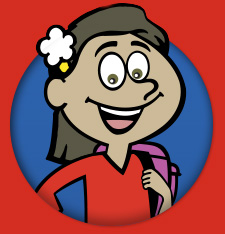 Learn what bullying is, where it happens, and who is involved, along with other helpful things to know. 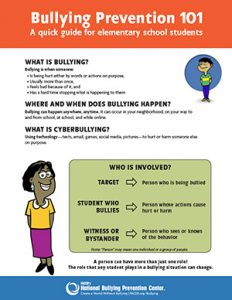 Bullying is when someone:

Where and When Does Bullying Happen?

Bullying can happen anywhere, anytime. It can occur in your neighborhood, on your way to and from school, at school, and while online.

Note: “Person” may mean one individual or a group of people.

A person can have more than just one role!
The role that any student plays in a bullying situation can change.

…there is not just one kind of person who bullies

It’s not about how someone looks; it’s about their actions.

…that a disagreement is different than bullying

A disagreement or argument is when both sides express their views. People don’t always agree, and can be in “conflict” when they respectfully share their opposing views without putting down the other person.

…that someone you thought was a friend could be bullying you

If a friend is treating you in a way that hurts you and you have asked that friend to stop but they still continue, that is not friendship. That behavior could be bullying.

…there is a big difference between telling and tattling

Every state in the nation has a law that prevents bullying in schools. If you don’t know yours, ask an adult at your school about it.

What Can You Do If You Are Being Bullied?

If you are being bullied, the first thing you should know is that it’s not your fault.

Nope. Not one bit. No one deserves to be bullied… EVER! There’s a lot you can do:

What Can You Do If You See Someone Being Bullied?

If you see someone being bullied: